Eduroam for students, researchers and educators

Whether you’re moving across campus or spending time studying or working at another research and education institution, eduroam gives you seamless internet connectivity.

More than 10,000 eduroam hotspots are available at universities, research centres, academies, many schools, and other research and education institutions in more than 100 territories around the world. As eduroam grows, more and more hotspots are appearing in additional places such as libraries, museums and public spaces such as railway stations and coffee shops.

The Eduroam was initiated in Pakistan during a collaboration project with AARNet Australia (Australia’s Academic and Research Network) for the deployment of eduroam in Pakistan under TEIN (Trans Eurasia Information Network) funded project “Extending eduroam in the Asia Pacific” (XeAP). 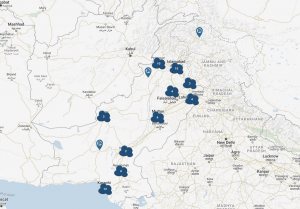 PERN has successfully deployed eduroam in 64 HEIs. Eduroam allow students, researchers and staff from participating institutions to obtain Internet connectivity across campus and internationally as well. PERN users now can access the wireless Internet at all eduroam enabled sites nationally and internationally.