Pakistan Education & Research Network is the Research & Education Network of Pakistan which has been the integral part of the Government of Pakistan, IT Action Plan 2002. The National Research & Education Network (NRENs) by design are specialized educational intranet which are dedicated to support the needs of R&E communities within and outside the country. PERN, as any other global National Research & Education Network is a consortium of universities in Pakistan that is rendering different R&E and IT services as opted by the member universities over the PERN Network. PERN has continuously improved over the years in terms of ICT services that are offered through PERN along with equipping the universities / institutions with the latest technological reforms. PERN connects about 330 Universities/ Sub Campuses/ research institutes across the country through 1Gbps last mile connectivity while providing 10Gbps backbone. Recently, PERN has launched its new phase called PERN III through which the last mile of the major universities is upgraded to 10Gbps whereas the backbone will be upgraded to multiples of 10G (x5) by December 2020. Under, PERN-III, the PERN services will be extended to relatively smaller cities to facilitate tertiary education at all levels across the country. PERN is not only providing connectivity and services within the country, but engaging researchers from all over Pakistan to link them with international research and education networks as well as global NREN (National Research & Education Network) consortiums through its connectivity with TEIN (Trans Eurasia Information Network) that further links PERN with other global NRENs including Internet2 (United States computer networking consortium), GEANT (pan-European data network of Europe), CANARIE (Canada), AARNet (Austrailia), CERNET (China) and others. 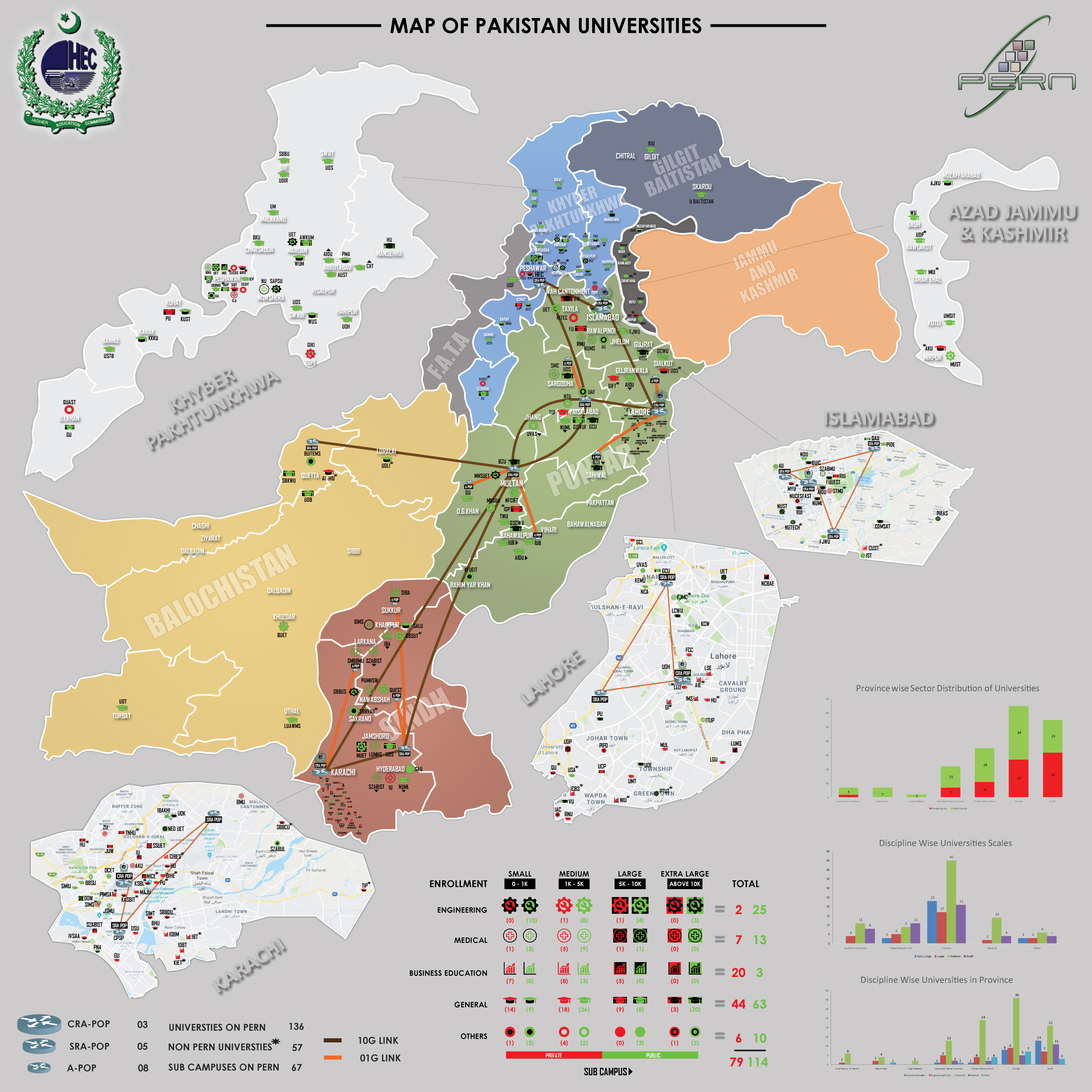 On behalf of the Asi@Connect project, TEIN*CC would like...